The Wealth of Indonesian Marine 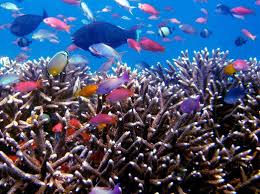 Indonesia is a rich country, especially its nature. One of Indonesia’s wealth is the sea. Indonesian seas have very high potential to explore because of its wide area, its location, and also its famous history.

Beside as a rich source of treasures, Indonesian seas are also have high potentials to become high quality tourism objects. As we know, Indonesian seas are well-known as one of the best sea tourism in the world. The panorama of Indonesian beaches are amazing and the corals are fascinating. That’s why we could see many tourists come to our country with pleasure just to see our beaches and corals.

As a source of energy, Indonesia have much petroleum under its seas. Scientists have found that if we explore our petroleum maximally, they can be used to supply our country for hundred years. Because of that large amount of petroleum, Indonesia has become a major oil supplier for the world until now.

Indonesian seas are very important for us. From the ancient until this modern era, Indonesian seas still become a point of support for Indonesian people. Because of that, we must protect it and optimize it. If we use it effectively, we could believe that Indonesia will be one of the most prosperous country in the world.